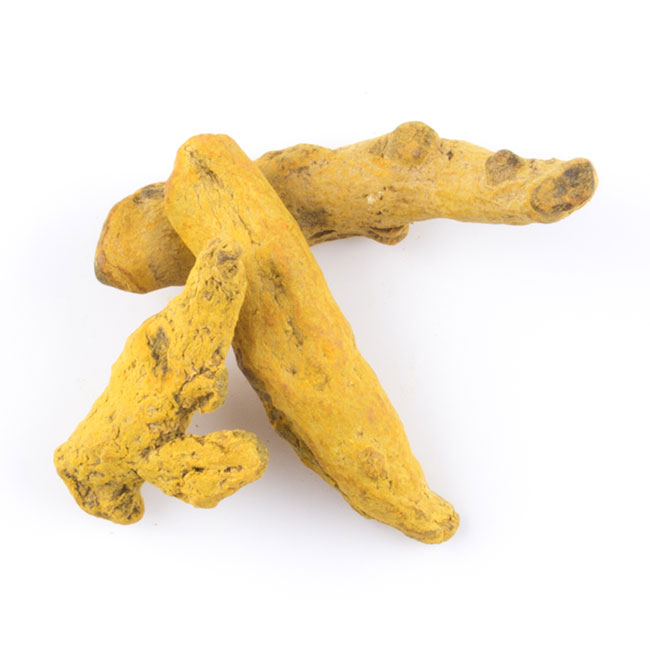 From the same family as ginger, the curcuma or turmeric rhizome has been used for thousands of years in Asia especially in Ayurvedic medicine. It is traditionally part of the curry recipe. It has a powerful action on the digestive system and as a general anti-inflammatory. Mild and well tolerated by most people, turmeric is useful in food. To improve its absorption by the body it can be associated with pepper (piperine present in black pepper multiplies the absorption by 1000), vegetable oil, ginger and/or pineapple (because of the bromelain in the latter 2). In India these ingredients were already mixed in traditional dishes long before science discovers these natural synergies.
This yellow powder contains anti-oxidant substances (curcumin) which may explain its anti-inflammatory and digestive properties. Turmeric is recommended in the treatment of ulcers and cancers (especially cancer of the colon and of the rectum).
Among the various digestive disorders for which turmeric is working there are biliary dyskinesia, dyspepsia, various fermentations, nausea, loss of appetite. Some studies have demonstrated a hepatoprotective effect of turmeric in vitro and for animals, but it does not seem to be any data for humans. Also in vitro and for animals, curcuma extracts showed antimicrobial properties against a variety of bacteria, parasites and fungi.
It is recommended as a general anti-inflammatory, particularly in arthritis, allergies and asthma.