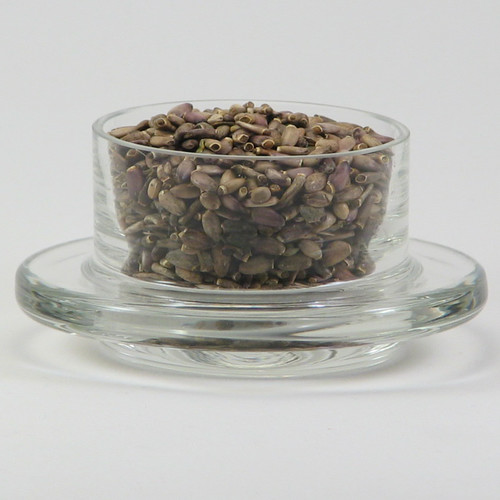 Milk thistle dried seeds or grains, parta of the plant that are the richest in its medicinal most active substance silymarin, fine as tee or,better, freshly ground in raw vegetables, smoothies, muesli.
Milk thistle is traditionally used in cases of hepatic (cirrhosis, jaundice and hepatitis) and biliary disorders. It is the silymarin, mainly concentrated in the seeds, which is known to have a very powerful hepatoprotective action (silymarin helps reduce penetration of toxic substances in the liver cells). Milk thistle is used in herbal medicine for its digestive, antiviral, anti-toxic and anti-inflammatory properties and its hypoglycaemic effect. It cleans and stimulates the body after a food poisoning, alcohol excess, etc.
Silybum marianum has other common names including cardus marianus, milk thistle, blessed milk thistle, Marian Thistle, Mary Thistle, Saint Mary's Thistle, Mediterranean milk thistle, variegated thistle and Scotch thistle.

According to some studies milk thistle extract is better absorbed when diluted in a fatty substance. As thistles seeds contain fat it is sometimes advised to consume the seeds whole (soak or suck them before chewing them or first grind them to powder). An infusion of the seeds is beneficial for digestion but as the active compounds of thistle are sparingly soluble in water they are less present in the infusion.

According to the disease(s) one is trying to treat, dried plants are to be used more or less frequently in one or another preparation form(s): infusion or decoction, with or without pre-soaking, tincture, food supplement. Every plant and / or disease has its specificity, and a person often suffers from several diseases. It is the whole picture one should have in mind when looking for a plant and its preparation form. We therefore advise you to follow the guidance of your therapist or to look into books and on internet.

Website to guide you through the selection of medicinal plants: Plants for a Future

Store away from heat and moisture.