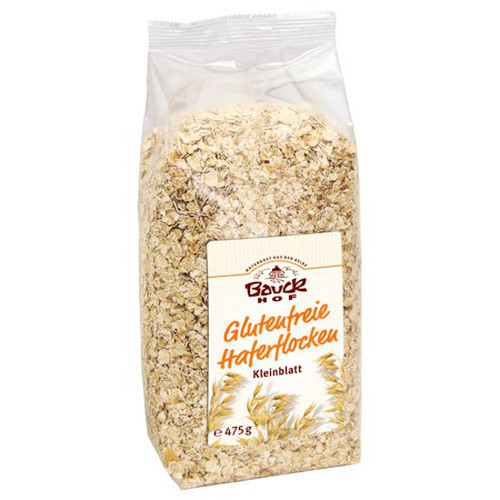 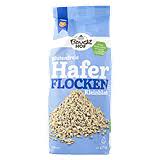 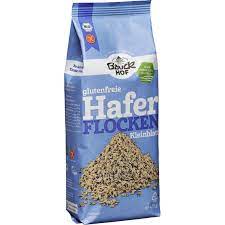 Win 28 beez by buying this product

These unroasted small oats without gluten flakes, as precooked with steam, can be eaten without cooking, eg in hot or cold milk for breakfast. But these flakes can also be eaten mixed with eggs, chopped vegetables and spices, as thick pancakes cooked in a nonstick pan, or be incorporated into breadpreparations or used as main ingredient in biscuits, macaroons...The advantage of oatflakes compared to oat grains is that the nutrients can then be easier absorbed by our body and that they only require a short time for cooking (even simmering is not necessary).
Whole oat (oat of which only the outer, inedible peel has been removed) has a slightly nutty taste and interesting nutritional properties. Ass it still contains a good part of its precious beta-glucan, it contributes to reduce the risks of coronary hart diseases or CHD.
Oat has the reputation of being one of the most nutritive cereals. Its percentage of proteins (12-20%) is above average. It also contains healthy fats, even unsaturated fatty acids, beta-glucan in its schill, and its numerous B vitamins and mineral-contents such as calcium, magnesium, iron, manganese, silicon and zinc, are to be emphasized. Due to a starch division during ripening oat is a highly digestible cereal. In addition it improves mood because of its dopamine content, a hormone-like active agent, in the same way as for the effect of cocoa/chocolate...

The oat for these controlled gluten-free oat flakes is grown and processed free of gluten contaminants. Each batch is analysed in the laboratory for gluten-freeness and guaranteed under 20 ppm gluten. The Food Act says : "Oat in foods for people who are intolerant to gluten must be produced, prepared and/or processed, to exclude contamination by wheat, rye, barley or their crossed varieties; the gluten content of the oats must not exceed 20 mg/kg (ppm)".

Oats (Avena sativa) and barley (Hordeum distychum) contain many natural compounds beneficial to health, including tocopherols, phenolics, phytosterols and insoluble and soluble fibers (of which beta-glucan (ß-glucane), a unique soluble fiber, is the most recognized health promoting compound). Barley and oats are among the principal grains (wheat, rye, oats and barley) those whose seeds contain the highest amounts of beta-glucan (barley 3% to 11%, oats 3% to 7%). In barley ß-glucans are more evenly distributed in the grain while ß-glucans from oats are in the endosperm and its wall, so the interest of consuming whole grains, and possibly for oats, oat bran .
Diets including soluble fibres from certain foods and having a low content of saturated fat and cholesterol appear to reduce the risk of coronary heart disease. The first clinical trials showing the link between the consumption of oats and the reduction of serum cholesterol level date back more than 40 years, more recent studies have determined accurately ß-glucan is the physiologically active component responsible for the cholesterol-lowering effect (with lower (bad) LDL-cholesterol and higher (good) HDL-cholesterol) of oats. In addition, many studies on the subject have allowed a health statement by the Food and Drug Administration of the United States: a diet rich in whole grain oats is associated with reduced risk of CHD. Studies have also shown the effect of stimulation of the immune system and on blood sugar control of beta-glucan.