The sun has been waiting for months and while some people run to protect themselves from its effects, others rush to enjoy it. We hear everything from everywhere about the health effects of sun exposure. Let's decipher together the true from the false...

The analysis of several long studies reveals that oxygenation in the open air promotes good health. The sun is indeed essential for the synthesis of vitamin D and is far from being a mortal risk as we have been led to believe in recent years. A serious large Swedish study tends to show that the application of sunscreen or sun protection products could double the risk of premature death.

Researchers at the Karolinska Institute in Sweden have compiled the results of a study of nearly 30,000 women over a period of 20 years. The study consists of analyzing the behavior of these women with respect to their exposure to natural sunlight in the open air. Questionnaires were developed to understand their behavior towards the sun. The questions asked, for example, how many sunbathing sessions they had done or how much time they had spent in the sun without protection.

The findings are quite telling:

On the one hand, at the end of the study period, 2545 women had died and the majority of them had spent very little time outdoors, i.e. in natural light. On the other hand, it is clear that those who regularly exposed themselves to the sun had much lower rates of early death because of their high levels of vitamin D, which depends mainly on direct exposure to ultraviolet (UVB) light.

Overall, the group of women with low sun exposure had twice the risk of early death. That's according to Dr. Pelle Lindqvist, the lead author of the study. According to him, reduced sun exposure in countries with low sunlight could be detrimental to women's health. 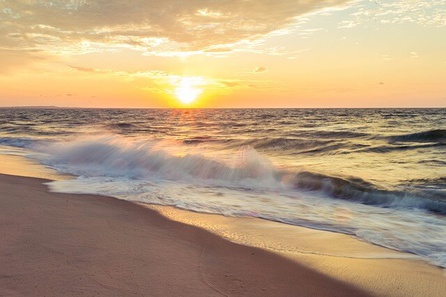 Distancing yourself from ideas

What about the melanoma that is claimed to be caused by the dangerousness of sunlight?

The sun is very often incriminated as being one of the main factors in the development of skin cancer. Official authorities recommend avoiding exposure to sunlight to protect against skin cancer.

However, Dr. Lindqvist's study shows the complete opposite: exposure to the sun seems to have protective effects. Not only would avoiding the sun increase the likelihood of developing skin cancer, but it would also greatly increase the chances of developing a host of other conditions directly associated with vitamin D deficiency. The authors of this study confirm that our bodies inevitably need sunlight to produce this absolutely vital vitamin. That's why Professor Dorothy Bennett of St George's University in London says that people who get little exposure should always take vitamin D supplements.

Vitamin D, crucial for the body

It is estimated that more than half of the world's population is currently deficient in vitamin D. This vitamin is much more important for the whole organism than what we have been led to believe until now.

Vitamin D deficiency is known to cause stunted growth and eventually rickets in children. In adults, it causes osteopenia and osteoporosis to the point of greatly increasing the risk of fracture. But the damage of a vitamin D deficiency is much more extensive. This is confirmed by numerous studies that have shown that this deficiency strongly increases the risk of cancers, autoimmune diseases, infectious diseases and cardiovascular diseases.

# Natural Health
4 foods against depression!
Your Dynamic Snippet will be displayed here... This message is displayed because you did not provided both a filter and a template to use.