Cucumbers belong to the same plant family as squash, pumpkin, watermelon and the cucurbit family. Like watermelon, cucumbers are mostly (95 percent) water, which is good for staying hydrated.

However, there are other reasons to eat cucumbers year-round. Cucumbers are rich in vitamin K, B vitamins, copper, potassium, vitamin C, and manganese, which can help you avoid nutrient deficiencies that are very common among those who eat a conventional diet.

In addition, cucumbers contain polyphenols and other unique compounds that may help reduce your risk of chronic diseases.

Cucumbers contain fisetin, an anti-inflammatory that appears to play an important role in brain health. In addition to improving memory and age-related protection of your nerve cells, research has shown that fisetin can prevent brain diseases like Alzheimer's in mice. 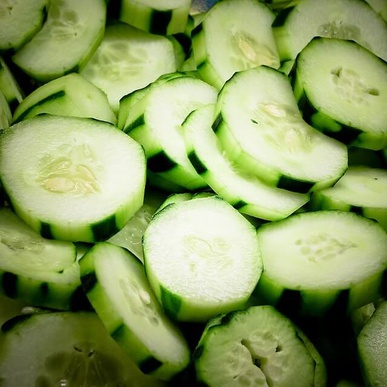 2. Reduce your risk of cancer

Cucumbers can help the inflammatory response in your body, and cucumber extract in animal studies shows a reduction in unwanted inflammation, in part by inhibiting enzymes of pro-inflammatory activity (including cyclooxygenase 2, or COX-2). 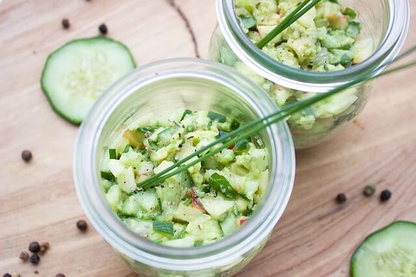 Placing a cucumber slice in your mouth under the roof of your mouth can help rid your mouth of odor-causing bacteria. According to the principles of Ayurveda, eating cucumbers can also help release excess heat in the stomach, which is believed to be the main cause of bad breath.

Cucumbers contain several B vitamins, such as vitamin B1, vitamin B5, vitamin B7. B vitamins are known to help relieve feelings of anxiety and act against the harmful effects of stress.

Cucumbers are rich in two of the basic elements necessary for healthy digestion: water and fiber. If you struggle with acid reflux, you should know that drinking water can help suppress acute acid reflux symptoms by temporarily raising the pH of the stomach; and it is possible that water-rich cucumbers have a similar effect. 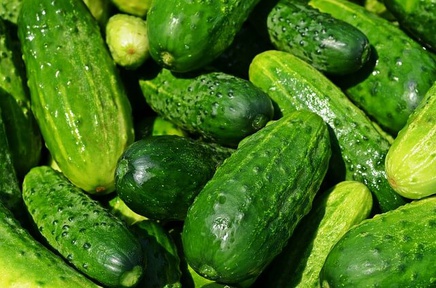 Cucumbers are very low in calories, but they will make you feel full (one cup of cucumber slices has only 16 calories). The soluble fiber in cucumbers dissolves into a gel-like texture in your gut, helping to slow down your digestion. This helps you feel fuller longer and is one of the reasons why high-fiber foods help control your weight.

Cucumbers contain potassium, which is associated with good blood pressure levels. A good balance of potassium inside and outside your cells is essential for your body.

As an electrolyte, potassium is a positively charged ion that must maintain a certain concentration in order to carry out its functions, which include interacting with sodium control to assist in nerve impulse transmission, muscle contraction, and heart function.

Cucumbers are an ideal base for a vegetable juice

There are many ways to eat cucumbers raw or fermented such as salads made with vinegar. If you're looking for something different, cucumbers make a great base for your vegetable juice because of their mild flavor and high water content. In fact, cucumber and celery juice is perfect for those new to vegetable juicing.

From there, you can add red lettuce, romaine lettuce, spinach and escarole, with parsley and cilantro. Juicing is actually a great way to eat cucumbers. 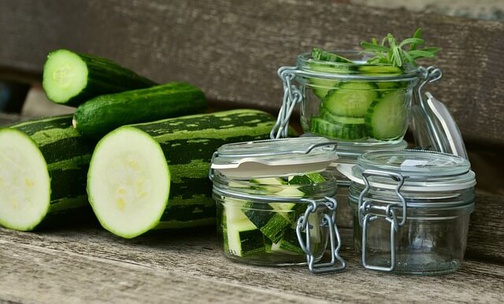 Organic cucumbers are worth it

If you are wondering whether to choose organic instead of traditionally grown cucumber varieties, I suggest organic/bio. Cucumbers were ranked 12th in the most pesticide-contaminated food and second in cancer risk due to pesticide, according to the Environmental Working Group (EWG).

In addition, the cucumbers are waxed after harvest to withstand the long trip to the points of sale to protect them. While the wax is supposed to be food grade, there are different types used:

Natural waxes are far preferable to petroleum-based waxes, which may contain solvent or wood resin residues.

You can also peel the cucumber, but this is one of the most nutrient-dense parts of the cucumber (the other is the seeds), so it's best to eat it with the skin if you can.

The flavonoids and tannins present in cucumbers have been shown to have antiradical and two analgesic effects.

As the fourth most grown "vegetable" in the world (cucumbers are technically fruits), cucumbers are widely available, but look for them from a local organic farmer if you can. Even better, cucumbers are very easy to grow, even if you only have access to a patio. They grow in containers so you can try your luck at growing them yourself.

# Food My diet
One more reason not to believe the traditional media...
Your Dynamic Snippet will be displayed here... This message is displayed because you did not provided both a filter and a template to use.