vitamin K is the best known of the vitamin Ks, as it plays an exceedingly important role in preventing blood clots. However, our body also requires vitamin K2, which is also essential for a healthy heart and bones.

In fact, the "K" in "vitamin K" comes from the German term "koagulation". Although the discovery of vitamin K1 dates back to the 1930s, it was not until the 1970s that researchers realized that this vitamin was useful for many other functions.

Vitamin K2 is sometimes referred to as the "forgotten vitamin" because it has often been overlooked in favor of vitamin K1.

Initially, researchers thought that the two forms of vitamin K were interchangeable. They were unaware that a vitamin K2 deficiency, as well as a vitamin K1 deficiency, could have fatal consequences.

In reality, there are 3 types of vitamin K:

The vitamin K2, normally synthesized by the body, can also be produced by bacteria in fermented foods. It is generally this form that is recommended for supplementation since it is natural and non-toxic, even at doses 500 times the official recommended daily allowance.

It has been known ever since that vitamins K1 and K2 are not at all interchangeable. Vitamin K1 effectively regulates good blood fluidity. Vitamin K2 is essential for strong bones, reduces the risk of heart disease and plays a crucial role in many other physiological processes. 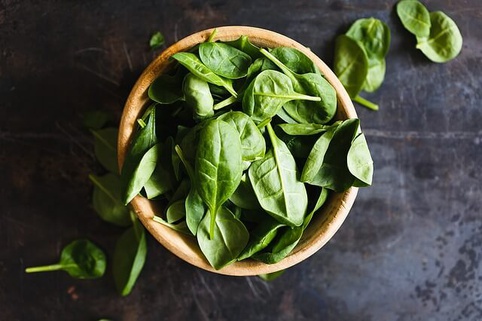 Like vitamin A, the actions of vitamin K2 require the presence of vitamin D, one does not go without the other...

Dr. Cees Vermeer states that vitamin K deficiency is widespread in today's populations. He says that most of you have enough vitamin K to support blood functions, but levels would be insufficient to meet all other body needs.

Recent research suggests that adding vitamin K-rich foods to your diet may slow cognitive decline. Seniors who ate one to two servings of the green leafy vegetables daily were found to have cognitive abilities that matched those of a person 11 years younger than their actual age....

You'll find it in spinach, kale, chard and pungent greens such as mustard greens.

A sure and safe way to increase your intake of vitamin K2 is to consume fermented foods on a regular basis. Thus nattoa form of fermented soybeans, is probably the best source. You can get more than enough vitamin K2 (about 200 micrograms) by eating 15 grams of natto a day, the equivalent of half a teaspoon. Another effective way is to make your own fermented vegetables. Homemade is always a good solution!