Magnesium is a crucial element for brain, heart and muscle function and is, along with silica and vitamins D and K, necessary for bone health. Magnesium deficiency is much more common than you might think. Here are 5 symptoms that may indicate a lack of this important mineral.

Tinnitus, constant high-pitched whistling or ringing in the ears, is a common symptom of magnesium deficiency, as is hearing loss. Much research has been done on the relationship between hearing health and magnesium. A study Chinese has shown that sufficient magnesium levels prevent the formation of free radicals that can lead to hearing loss. The Mayo Clinic Federation, meanwhile, found that magnesium supplementation of patients with hearing loss helped restore hearing within 3 months.

The magnesium is crucial for optimal muscle function. Without it, the body would be in a state of convulsion, because it is this mineral that allows the muscles to relax. This is why, for example, magnesium oxide infusion is used to relieve women during childbirth and is found in many sleep-promoting supplements. A lack of magnesium can lead to facial tics, cramps and muscle twitching, or cramps in the feet when trying to fall asleep. 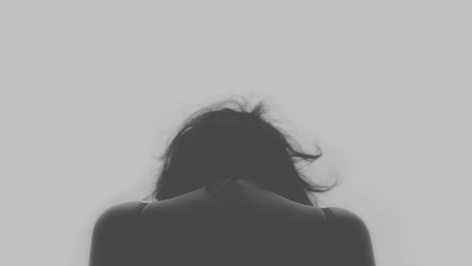 The link between magnesium deficiency and depression was understood more than a century ago when doctors used it to treat this mental disorder. Modern research has supported this knowledge by conducting a study in a psychiatric hospital in Croatia; this study showed that many patients with suicidal tendencies had relatively low magnesium levels. One of the advantages of magnesium over traditional antidepressants is the lack of side effects often associated with these drugs.

As already mentioned, a magnesium deficiency can have negative effects on all of the muscles in the body, including, of course, the heart. Magnesium deficiency can lead to cardiac arrhythmia, or irregular heartbeat, which can lead to a greater risk of cardiac seizures or heart attack. That is why, for example, physicians at the Henry Low Heart Center in Connecticut treat their arrhythmia patients with a drug containing magnesium.

Many people believe that kidney stones are caused by too much calcium, but it is the lack of magnesium that is, in fact, the cause. Magnesium prevents calcium and oxalate, the two elements that make up stones, from binding together to form stones. Kidney calculi can be excruciatingly painful, and it's good to know that supplementation as simple as magnesium exists to avoid them!

If you experience any of these symptoms, it is important to seek help. It is also worth including foods naturally rich in magnesium such as soybeans, cashews, spinach, sunflower or pumpkin seeds in one's diet.